The Funeral of Queen Elizabeth I When Elizabeth I died on 24th March 1603, so did the Tudor Dynasty. The crown passed to King James VI of Scotland, the great-grandson of Margaret Tudor, elder sister to Henry VIII.

The funeral of the dead Queen Elizabeth I did not take place until over a month after her death.

This would have been to allow the new King James I of England to hear the news of his accession, travel to his new Kingdom, and approve the costs for the funeral (some reports say he did so reluctantly).

The Death Of Elizabeth I

Elizabeth I died at Richmond Palace on the 24th March 1603, sometime between two and three in the morning.

Her health had been good up the previous Autumn. She began suffering from bouts of severe depression, probably following the deaths of principal advisors and close friends.

She was 69 years of age, had suffered from pouts of smallpox in the past, and was probably suffering from blood poisoning from the heavy lead makeup she applied daily.

In March, she fell seriously ill, and in a famous incident, when her chief minister Robert Cecil told her she must take to her bed, she snapped back, “Must is not a word to use princes, little man.”

Instead, she slumped on a pile of cushions until her ladies carried her to bed.

At 6 pm, the Archbishop of Canterbury came and prayed at her bedside. Robert Carey, who was also at the bedside, wrote about the occasion.

Her Majesty lay upon her back, with one hand in the bed and the other without. The Archbishop kneeled down beside her and examined her first of her faith: and she so punctually answered all his questions by lifting her eyes and holding up her hand, as it was a comfort to all the beholders. Then the good man told her plainly what she was and what she come to: though she had been long a great Queen her upon Earth, yet shortly she was to yield an account of her stewardship to the King of Kings. After this, he began to pray, and all that were by did answer him.

The search for a successor

The problem with Elizabeth I’s death is that there was no clear successor. She had never married and had no children.

Henry VIII’s will did map out a clear route to a potential successor. However, Queen Elizabeth had a poor relationship with these people; at various times, she imprisoned most of them. Many had died before her, like Katherine Grey, the younger sister of Lady Jane Grey. Her marriage to Edward Seymour (grandson of the former Lord Protector) could never be proven as the wedding certificate had gone missing. Hence, her children were excluded.

It was essentially left to Robert Cecil to plan for the succession. He favoured King James VI of Scotland, the son of Mary Queen of Scots. Cecil and the Scottish King had a secret correspondence stretching back many months.

When Elizabeth I died, Lady Scrope removed her sapphire ring from the queen’s finger and dropped it to a waiting rider to take it with all speed to Edinburgh. James VI of Scotland was proclaimed king in London the same day.

Elizabeth I’s body was placed in the traditional lead-lined wooden coffin, and it lay in state in the chapel of Richmond palace for a number of days. The coffin was draped in black, and six of her ladies in waiting stood guard over it at all times.

Then, at night, the coffin was placed on a barge lit by torches, and Queen Elizabeth was sailed down the Thames to Whitehall one final time.

The Funeral Procession of Elizabeth I

Of course, in those days, the term State Funeral was not used, but essentially that is what it was.
John Stow wrote at the time, ‘The City of Westminster was surcharged with a multitude of all sorts of people in their streets, house, leads and gutters that came to see the obsequiesand when they beheld her statue lying upon the coffin, there was such a general sighing, groaning and weeping as the like has not been seen or known in the memory of man.’

There are a number of contemporary drawings of the funeral procession, which are now housed in the British Library.

They show the “chariot” or herse being drawn by four grey horses with black velvet trappers with the coat of arms of England on either side. The herse itself was draped in purple velvet. On top of the coffin was a life-sized effigy of Queen Elizabeth I dressed in her parliament robes with her crown on her head and her sceptre in hand.

Behind it came her riderless palfrey lead by the Master of the Horse.

At the rear of the funeral procession came Walter Raleigh with the gentlemen pensioners.
On either side of the chariot were noblemen carrying twelve banners. Interestingly “The Historical Memorials of Westminster Abbey” state that these were emblazoned with the House of York, but the House of Lancaster was excluded. How true this is, we don’t know.

The Burial of Queen Elizabeth I at Westminster Abbey

Conflicting accounts state that the Archbishop of Canterbury or The Dean of Westminster, Dean Andrews, took the funeral service at Westminster Abbey.

What is clear is that King James I did not attend. The Chief mourner was the most senior noblewoman in the country, the Marchioness of Northampton.

The Queen’s coffin was then taken to the Lady Chapel built by her grandfather Henry VII. Her body was buried in the vault occupied by Henry VII and Elizabeth of York.

Elizabeth I’s Monument and the transfer of her body

However, this was not Elizabeth’s final resting place.

Four years later, in 1607, her body was moved. Her coffin was placed on top of her half-sister Mary I. It was an interesting choice considering all that had passed between them. Not least which were the differences in religious beliefs.

Westminster abbey accounts show the cost for moving the coffin was 46 shillings and 4 pence.

Later research by Arthur Stanley, Dean of Westminister in the late Victorian age, gives us further fascinating insights. He had been permitted to undertake surveys of the abbey tombs by Queen Victoria.

There are passageways underneath the floor of the Henry VII Lady Chapel. He was able to peer inside the vault of Elizabeth and Mary.

According to Stanley, Elizabeth’s coffin has a carved Tudor Rose, the initials ER and the year 1603 upon it. It was covered in red silk velvet, which he describes as much of which remained attached to the wood.

Over the top of the two coffins, a monument was constructed. It was designed by Maximilian Colt, who depicted Elizabeth as an old woman and may have used her death mask for inspiration. Today the effigy is simple white marble. However, it was painted by Nicholas Hilliard and guided by John de Critz. It must have been a magnificent sight. The cost was £1485.

Only Elizabeth was depicted on this monument, her half-sister being a simple footnote on one of the inscriptions. “Consorts in realm and tomb, here we sleep, Elizabeth and Mary, sisters, in hope of resurrection.”

Of course, King James was the man granting approval to these works. He had recently moved his mother, Mary Queen of Scots, from Peterborough Abbey to Westminster Abbey. James ensured that his mother had a bigger monument than the woman that had executed her. 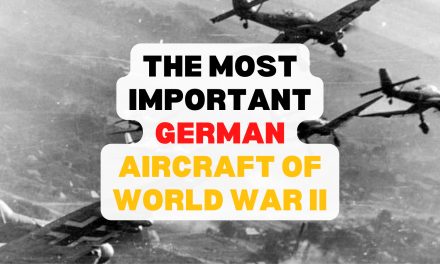 The Most Important German Aircraft of World War II The 9 most Famous pirates of the high seas