He was Henry VIII’s fifteen-year-old successor, so just how did King Edward VI die?

Edward VI died on the sixth of July 1553 at Greenwich Palace, aged just fifteen. The cause of death has been the subject of much speculation and mystery over many centuries. However, historians generally agree that Edward VI’s most probable cause of death was tuberculosis or “consumption”, as it was called in Tudor England. This is probably the same disease that killed Edward’s grandfather, Henry VII, and his half-brother Henry Fitzroy, Duke of Richmond and Somerset.

There is little on record to suggest that Prince Edward was a sickly child. There are the occasional reports of typical childhood illness for the Tudor period, but nothing that would indicate the boy was always ill. These same illnesses killed many; Edward survived. If anything, it could be argued that Edward was in robust health, with reports by ambassadors of the day stating that Edward was tall and strong for his age.

The son of Henry VIII was pampered at every turn. The king referred to him as his precious jewel. He had a range of academic tutors, including Richard Cox and Roger Ascham, and participated in numerous sports. Edward seemed to enjoy good health for the vast majority of the time.

Henry VIII ordered a fastidious cleaning regime for Prince Edward’s childhood apartments to help prevent sickness. This may have been where reports that he was a weak child came from.

A Regency Council controlled Edward’s minority as he was just nine years of age when he became King. However, just hours after the death of Edward’s father, Henry VIII, the young King’s uncle, Edward Seymour, usurped the provisions for the regency and made himself Lord Protector of England.

It is amazing how Henry VIII was so feared in life, but forgotten almost instantly after his death.

King Edward VI’s reign is known for a period of significant religious change, with the reformation taking shape throughout the country. This change is believed to have been driven by the King. However, the role of his leading councillors should not be underestimated. As an aside, it is interesting that William Cecil, who would become Elizabeth’s chief minister was one of two of King Edward VI’s secretaries of state.

A key example was the introduction of the Book of Common prayer which is still in use today.

Edward Seymour acted as King in all but name and made himself Duke of Somerset. Eventually, he overreached himself, and Edward’s council overthrew him, removing him as Lord Protector.

His successor, John Dudley, the Earl of Warwick, never took the title of Lord Protector but continued religious reform.

Seymour attempted to regain power and was executed on Tower Hill on the 22nd of January 1552.

King Edward VI’s illness began in early 1553 with a fever and cough that gradually worsened.

However, he was beginning to show a slight improvement by April, and the court moved to Greenwich.

He sat at his window in early May and watched the ships pass up and down the Thames.

However, by the 11th of June, it was being reported by a member of the King’s household that Edward VI was coughing up greenish-yellow and black mucus that sometimes contained blood. There was talk amongst his doctors of a tumour on the lungs. And by this stage, the medical opinion was there was no hope of any recovery.

His legs became swollen, and he had to take to lying in bed as he couldn’t stand.

It was reported that he told his tutor that he would be glad to die. Edward made one final appearance on 1st July when he showed himself to the public gathered outside at his bedroom window. However, he appeared both thin and wasted, causing great concern.
Crowds appeared at the palace over the next few days, hoping to see Edward present himself again. However, he never did.

His final words were. “I am faint. Lord have mercy upon me and take my spirit.”

The boy that should have taken the Tudor dynasty forward had not lived to adulthood. Unlike his father, he had not married and not produced a male heir.

He was buried next to his grandfather and grandmother, Henry VII and Elizabeth of York, at Westminster Abbey. For the first time, the funeral service was conducted in the Protestant faith by Archbishop Thomas Cranmer.

The Device For the Succession and Lady Jane Grey

It seems that Edward himself understood that he was dying from early 1553. He produced one of the most extraordinary documents in English history, his “device for the succession.”.

Edward wrote it in his own hand, and, as we will see, he made corrections to it over several weeks and months.

This document overwrote the will of his father, Henry the Eighth. Henry VIII’s will passed the crown firstly to Edward’s half-sister, Mary, and then if Mary died without issue, his half-sister Elizabeth.

The problem that Edward believed existed was that his half-sister Mary was staunchly Catholic. He had no intention of allowing the country to fall back into Catholicism if she became Queen Mary.

Instead, he bypassed his two sisters and wrote the device for the succession that installed the crown upon the male heirs of his cousin, Lady Jane Grey. As time crept on, and Edward VI understood that he was closer to death, he altered the document.

He crossed through Lady Jane Grey’s male heirs and instead gave the crown directly to his cousin.

These corrections were probably made by June when it was apparent to all at court that the King was dying. By this point, ambassadors and diplomats were reporting this fact directly back to their home countries.

It would seem that the Duke of Northumberland, John Dudley, had a strong hand in Edward’s plans for the succession. Strangely, just prior to the device for this succession being written, his own son, Guilford Dudley, married Lady Jane Grey. There are numerous suggestions of conspiracy theories surrounding Edward VI’s death.
First and foremost was that of poisoning.

These same rumours circulated around Edward’s half-brother, the illegitimate Henry Fitzroy when he died. It would seem that a gradual unexplained illness in Tudor, England, especially in someone prominent, was often put down to a slow-acting poison administered over time.

However, it was, it was not clear who would have been responsible for this. You would assume the direct beneficiaries of Edward’s death. Technically, that would have been his half-sister, Mary, who ultimately managed to wrestle the throne from Lady Jane Grey.

However, Mary wasn’t present at court for the entire period of Edward’s illness. She was kept away due to her religious views. This doesn’t mean that it could not have been possible. Mary had her supporters at court.

Did John Dudley use mercury to try to cure the king?

There’s an additional poisoning theory that the Duke of Northumberland tried everything to cure Edward.

It has been suggested that this happened to buy time to ensure that Dudley’s plan to put Lady Jane Grey on the throne took place. Dudley was (rightly) concerned that he would lose his position, power, and possibly his head if Mary took over.

If mercury had been administered, it would likely have done nothing to help the young King apart from poisoning him.

The best guess is that tuberculosis killed Edward VI.

Tuberculosis seems to be the most obvious cause of death. The disease was rife during the Tudor period. Edward’s symptoms over a prolonged period of time.

Of course, when Edward died there would have been no post-mortem or examination of the body.

It is believed that it was the same disease that killed Edward’s grandfather, Henry VII, and his half-brother Henry Fitzroy, Duke of Richmond and Somerset. It could even have been the case that his uncle, Prince Arthur, King Henry VIII’s older brother, also died of tuberculosis and not of the sweating sickness.

So it seems that there could well have been a genetic disposition in the male Tudor line to tuberculosis. 17 Facts about Mary, Queen of Scots 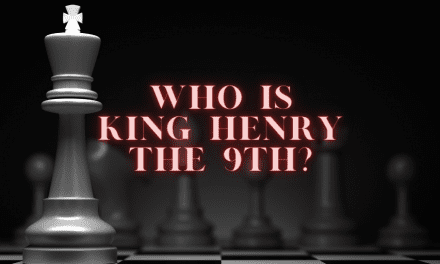