Anne Boleyn, the second of Henry VIII’s wives, is the most famous.

She has quite a following, with entire websites and Facebook pages dedicated to her.

Over many years numerous myths have emerged about Anne Boleyn.

In this video, Henry busts many of the myths that have grown around this fascinating figure. If you don’t want to watch the video, then read on to find out more. Anne Boleyn was not executed for witchcraft.

Anne was executed on 19th May 1536. She was beheaded with a sword on Tower Green.

She had been found guilty of treason, adultery, and incest. But not as many people believe – witchcraft.

Yes, the eagle-eyed amongst you will have spotted Anne Boleyn’s portrait on Hogwarts’ walls in the Harry Potter films, but that does not mean that she was a witch.

Henry allegedly said in one angry outburst about her, that she had “bewitched him.” That is probably where the whole Anne Boleyn was a witch cult grew from.

Anne Boleyn did not have six fingers on one hand.

The first myth leads us to the most famous legend surrounding Anne – the belief that she had six fingers on one hand.

Absolutely no contemporary evidence exists to support this fact whatsoever.

The Spanish ambassador, Eustace Chapuys, was a man that absolutely hated Anne. When he wrote letters back to the King of Spain, he would never refer to her by her name; instead, he would use the less than flattering term, concubine.

If she had had six fingers on her hand. Chapuys would have written to the King of Spain about it…many times.

When workman discovered the queens’ bodies during restoration work at St Peter ad Vincula, they didn’t report that any of the bodies had an extra digit on their hand.

So there is absolutely no truth to the great myth that Anne Boleyn had six fingers. But you can see how it fits with the math that she was a witch.

It seems that she was quite plain-looking.

We have minimal idea of what Anne Boleyn looked like because, after her fall, all her portraits were destroyed.

The famous portrait with the B necklace isn’t a contemporary Tudor piece.

In fact, the reports we do have about her appearance from the various ambassadors at Henry VIII’s court were none too complimentary.

One went as far as suggesting that her complexion indicated she may have jaundice….but that chap didn’t like her.

Probably the most likely description was written by the Venetian diplomat, Francesco Sanuto.

“Not one of the handsomest women in the world; she is of middling stature, swarthy complexion, long neck, wide mouth, a bosom not much raised and eyes which are black and beautiful.”

Yes, Anne had several miscarriages during her marriage to Henry VIII.

The rumours have grown around her final miscarriage. This occurred on the day of Catherine of Aragon’s funeral. It also came shortly after Henry VIII’s last jousting accident. The shock of that probably contributed to it.

It is believed that the child was probably a boy.

But the idea that it was deformed and shapeless was only written about many years after her death.

It’s a great “story” that somehow contributed to Henry’s reasoning behind wanting to be rid of her. And it mixes in nicely with the idea she had six fingers and was a witch.

But, it almost certainly isn’t true.

Another of the more crazy myths about Anne Boleyn.

It comes from the fact that Anne mother, Elizabeth Howard, had a bit of a “reputation” at court before her marriage.

Henry was even forced to having to deny such a matter. He admitted for the record he had a relationship with Anne’s sister, Mary. And then added, “never the mother.”

Of course, Henry would probably have been no older than 12 at the time of Anne’s birth…which is perhaps the best stumbling block to this theory.

Anne Boleyn was a poisoner. Again…no.

We do need to be honest, though. She wished both Catherine of Aragon and the Princess Mary dead.

She considered them both a threat. And would rather they were in their graves.

When Catherine of Aragon did finally died. The body was prepared for embalming for the funeral. It was found that the former Queen’s heart was black.

This lead to rumours that she had been poisoned.

The obvious candidate for the deed was Anne Boleyn.

Our more advanced medics suggest that a blackened heart was more likely a sign of cancer. But of course, they didn’t know that back in Tudor times.

This myth takes another strange twist after the death of Anne Boleyn.

Henry Fitzroy was Henry VIII’s illegitimate son. Anne Boleyn feared him as she believed that Henry VIII could make moves to make him legitimate and displace her daughter, Elizabeth from the line of succession.

He was a young man, just 17 years of age. And then suddenly he was dead. This occurred just a matter of months after the execution of Anne.

Now the rumours started flying about that the beheaded queen was coming back from the dead poisoning people. This has lead to this particular myth about about Anne Boleyn.

It was more likely that tuberculosis was the reason for Fitzroy’s death rather than a vengeful ghost poisoner. Interestingly, three of the Tudor male children, Arthur Tudor, Edward VI, and Henry Fitzroy all died at similar ages. None of the deaths is fully explained.

But one thing is for sure Anne Boleyn didn’t poison any of them.

Anne Boleyn was guilty of the charges of adultery and incest.

Queens of England were never alone. When not in the King’s bed they had someone sleeping at the foot of their own.

During the day they were accompanied by numerous ladies-in-waiting from the moment they woke until they went to bed.

It is doubtful that all of these women would be complicit in an act they knew to be treasonous.

The most shocking of the charges was that of incest with her brother, George Boleyn.

Along with her father, George was probably the only man Anne could have been alone with other than her husband.

However, Anne, like most people in Tudor England, was highly religious. Would she have really put her immortal soul at risk? It is highly doubtful.

In fact such is the ludicrous nature of the charges, some clever historians have determined that Anne was at a different place to the gentlemen in question when the charges were alleged to have taken place.

Thomas Cromwell was almost certainly solely responsible for engineering the charges around Anne. The members of the jury were simply instructed to pronounce Anne guilty.

The truth of the matter didn’t really come into it. The execution of William Lord Hastings by Richard III 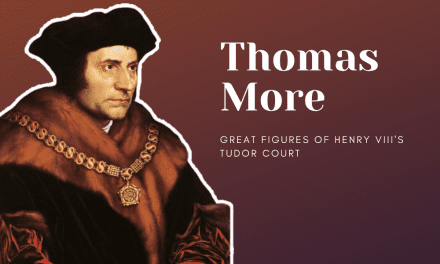