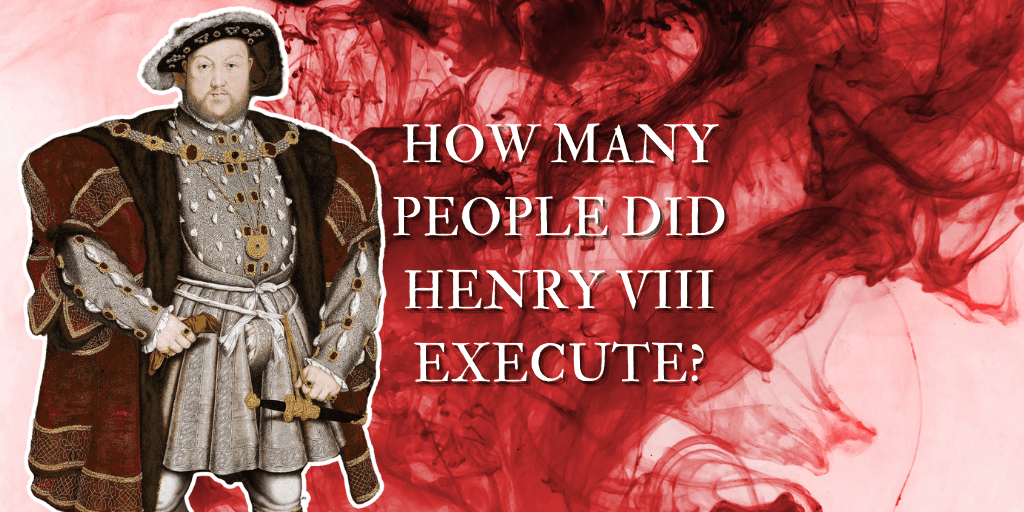 Henry VIII will always be remembered as the bloodthirsty ruthless tyrant that was rather fond of beheading his wives. But just how many people in England were executed during his 36-year reign?

According to Historic Royal Palaces, during the reign of Henry VIII, over 72,000 people in England were executed.

It seems a staggering amount of people considering that the population of England at the time was probably in the region of 3 million people.

However, we should be very clear that Henry VIII did not personally sign the execution warrants of all 72,000 people. This number includes everybody who was executed in the country for any capital offence.

What crimes would result in the death penalty in Tudor, England?

The range of crimes that were punished by the death penalty was comprehensive. As well as the more apparent crimes such as treason, murder, and rape that would result in the death penalty stealing goods worth more than one shilling would also result in execution. Other crimes also resulted in execution including sodomy, witchcraft, desertion, and the stealing of hawks.

Often people accused of capital crimes were given very little in the way of a fair trial. It seems unbelievable, but they weren’t even allowed legal representation in many cases. A royal court called the assizes would travel around regularly, dispelling justice. Very often, ten people would be sent to their deaths in just a single morning. Mass hangings would then take place the following morning. There would be no option for an appeal.

Hanging was by far the most common form of execution in Tudor England. Most of the common people in England found guilty of stealing and murder would have been executed by hanging. This would take place on a raised platform called a scaffold. In rural areas, hangings would probably have taken place outside the community on a large tree.

A lot of attention is given to the beheadings on Tower Hill and Tower Green. However, these were only for the aristocratic classes; they tended to be the important people in the realm. It would have been Henry VIII who would sign these particular death warrants.

Other forms of execution included the very grisly hanged, drawn, and quartered, which was reserved for men found guilty of treason. First of all, the condemned would be dragged to the scaffold on a hurdle; then, they would be hung by the neck until almost dead. They would then be cut down, and in many cases, their genitals would be removed. Their bellies would be slit open, and their intestines pulled out in front of their eyes and thrown on a fire. Finally, the head would be chopped off and the body quartered. More often than not, the limbs were sent to various parts of the country to be publicly displayed as a warning.

Women found guilty of treason would be put to death by being burnt alive at the stake. This was also the punishment for the crime of heresy. Heresy was a religious crime that often tended to vary as Henry’s opinion change depending on where he sat on the religious debate at that current time.

Finally, there was the unusual execution method of being pressed to death. This was used for those that refused to plead when they were accused of a crime. It’s an interesting case because people would go to their deaths by being pressed to death because it would mean that the property and possessions would be passed down to their families. When found guilty of a capital offence, all a person’s goods would usually pass straight to the crown; this wouldn’t occur if you didn’t plead…however, you died a horrible death!

Mass executions after the Pilgrimage of Grace

The Pilgrimage of Grace was the most severe threat to the reign of Henry VIII. It was a mass uprising in the north, as the people protested against the religious reforms and the dissolution of the monasteries.

It remains unclear how many people were executed after the rebellion failed, but it is probably in the region of 200 to 300 people.

Notable executions during the reign of Henry VIII. Edmund Dudley and Richard Epsom were both executed on the 17th of August 1510. They were Henry VII’s leading counselors. These men were widely held responsible for Henry VII’s oppressive taxation and fining regime. They were executed to show that Henry VIII was a fresh start and would not be like his father…

Edmund de la Pole, Earl of Suffolk, was executed on the 13th of April, 1513. He was from the Yorkist side of the royal family and was, therefore, a direct contender for the throne of England. He was executed for treason on Tower Hill. Edward Stafford, Third Duke of Buckingham, was the leading noble of the time, and he was executed on the 17th of May, 1521. He was a descendant of the Plantagenet dynasty and had a distant claim to the crown. However, it was believed that he was plotting to take the throne from Henry. He was arrested and subsequently executed at Tower Hill. Elizabeth Barton, the holy maid of Kent, was executed on the 28th of April, 1534. She was a nun, and she was hanged to death at Tyburn. Her crime? Prophesizing against the life of the King and making protests against his marriage to Anne Boleyn.

Augustine Webster, Robert Lawrence, John Houghton were all executed on the 4th of May 1535. They were Carthusian monks from the London Charterhouse. They refused to sign the oath of supremacy which pronounced Henry the Eighth as Supreme Head of the Church of England. They were all subjected to the horrors of being hanged, drawn, and quartered. John Fisher was the Bishop of Rochester. The Pope made him a cardinal before his execution in a vain attempt to stop Henry from executing him. Fisher’s sin was that he refused to accept the King as the Supreme Head of the Church of England, and he refused to accept Anne Boleyn as Queen. He was executed on the 22nd of June 1535. Thomas More was a former great friend of the King, and he was executed on Tower Hill on the sixth of July 1535. He was the former Lord High Chancellor of England. He also refused to take the oath of supremacy. Pope Pius XI made him a Saint in 1935.

George Boleyn, Henry Norris, William Brereton, Mark Smeaton, and Francis Weston were all beheaded on the 17th of May 1536 on Tower Hill. These were the five men found guilty of adultery with Anne Boleyn. Anne Boleyn herself was executed on the 19th of May 1536. It was the first time a Queen of England had been executed. It was a private beheading on tower green. A special swordsman had been shipped in from France to do the job.

Robert Aske was executed on the 12th of July 1537. He was hung in chains for treason from Clifford’s Tower in York. He was one of the leaders of the Pilgrimage of Grace, the most significant rebellion during the reign of Henry VIII. Thomas Johnson was a Carthusian Monk from the London Charterhouse. He and a number of his brethren had been arrested as they refused to sign the Oath of Supremacy. They were imprisoned in Newgate Prison and left to starve. Thomas Johnson was the last of the number to survive.

Henry Pole, 1st Baron Montague, was executed on the ninth of January 1539, essentially for treason. He was the son of the Countess of Salisbury. However, Thomas Cromwell said, “little offended save that he is of their kin” – essentially, he was a potential claimant to the throne. Hugh Faringdon was the abbot of reading, Abbey. He was hanged drawn and quartered at the inner gatehouse of his own Abbey for opposing the dissolution of the monasteries.

Thomas Cromwell, Henry VIII’s chief minister, was executed on the 28th of July 1540. He was beheaded in a gruesome execution at Tower Hill after he fell out of favour for proposing Henry VIII’s marriage to Anne of Cleves. Margaret Pole, Countess of Salisbury, was beheaded on the 27th of May, 1541. She’d been imprisoned in the Tower of London for two years, and suddenly she was told she would die within an hour. She was 67 years old. She was executed for treason, but it was because she was the senior Yorkist claimant to the throne. Legend had it that she refused to go quietly to the block, and the executioner had to chase her around Tower Green.

Thomas Culpeper and Francis Dereham were executed for adultery with Catherine Howard on the 10th of December, 1541. Henry VIII reduced Culpeper’s sentence to a mere beheading, whereas Dereham was hanged, drawn, and quartered. It seems strange as Dereham’s offence was before Catherine Howard had ever set eyes on the King. It shows Henry’s vindictive behaviour for changing the law to make it treason to have had “knowledge” of the Queen before her marriage to the King. 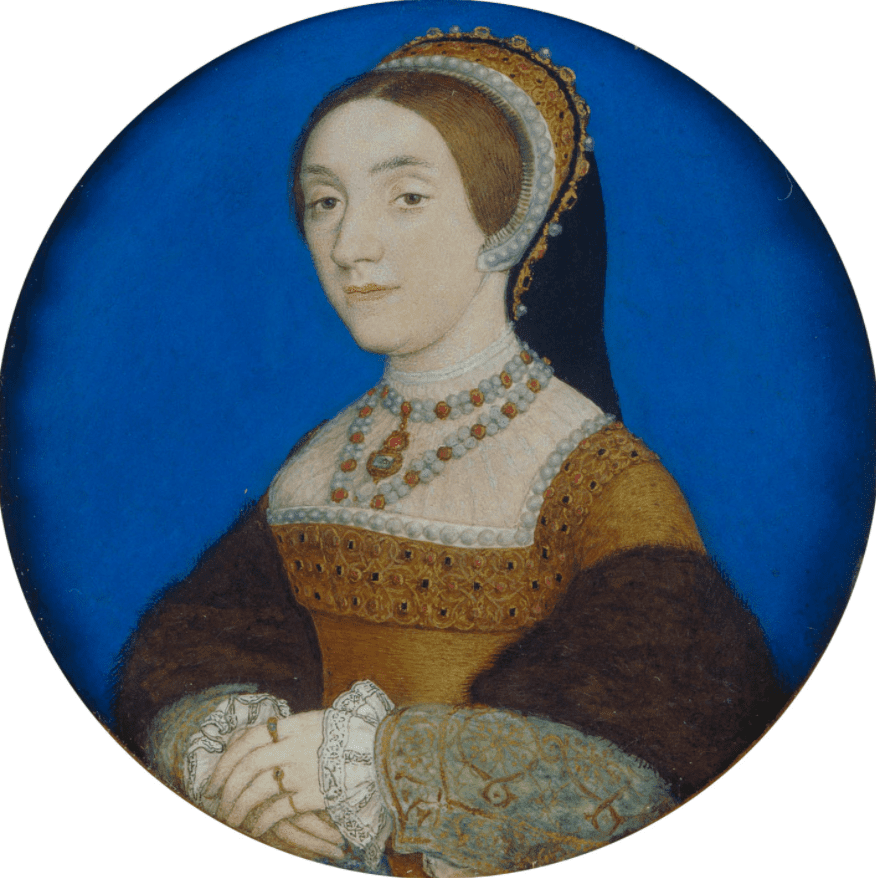 Anne Askew was a radical religious reformer who was executed for the crime of heresy by being burned to live at Smithfield on the 16th of July 1546. Her death is notorious as the traditionalists on the council put her on the rack in an attempt to find out details of reformers at court. She is the only woman to be known to have been on the rack. Henry Howard, Earl of Surrey, was the final notable execution of King Henry the Eighth, just a matter of days before Henry’s death. He was executed after being found guilty of treason after allegedly displaying the royal coat of arms on his own. 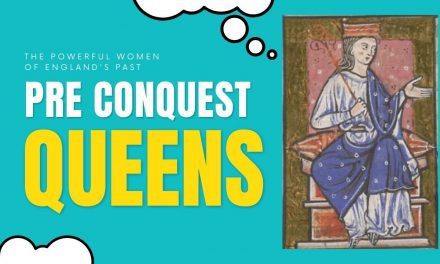 The Powerful Women of England’s Past: Pre-Conquest Queens